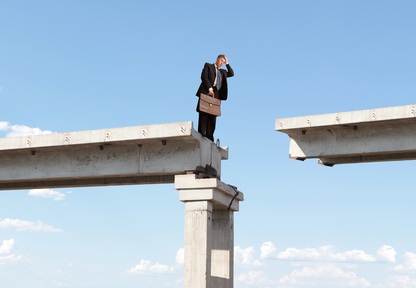 How to get a yes, so that you advance your idea? Awareness of the problem you address is your key to success. Most innovators overestimate the knowledge decision-makers have about the problem at hand. This may jeopardize your entire project, as without awareness, management will not give you permission to advance your idea. Let alone that they are willing to make a decision to invest in your project.

Take as an example, Denise, a computer scientist always on the outlook for ways to improve her work. At the insurance company she worked for, a lot of her daily tasks included data manipulations. Automating these tasks seemed like a no-brainer to her. She came up with a solution that could do these data manipulations in minutes instead of the eight hours it currently took Denise and her colleagues to perform these tasks. Not unimportant, the computer would not make any mistakes. She estimated it would require her a week of programming work at most. Denise approached her boss Steven with full enthusiasm. To her amazement, he did not even hear her out. Steven shut down the conversation before she even finished explaining. Denise wondered, why?

Before reading on, take a minute to think about what went wrong in the case above. Was Denise’s idea bad or wrong? Did Steven know something Denise did not know?

Actually, Denise’s idea was brilliant. Steven, however, was simply not ready. His firm was doing well and clients were satisfied. No complaints had recently been made about data processing mistakes. He did not see anything amiss with the process and as a business major, he was not into the latest computer science developments.

So, to Steven, she was addressing a non-issue. Regardless of the opportunity or the brilliance of Denise’s solution, he failed to see the problem she wanted to address. Without seeing the problem or opportunity at hand, Steven had more urgent things on his mind and more important things he wanted Denise to focus on. He was certainly not ready to make a decision about the project Denise wanted to embark on. He was not even ready to listen.

Setting yourself up for success

What could Denise have done differently?

For Steven to hear Denise’s idea, she has to make him aware that there is a problem with the accuracy of the filings that is costing the firm money, or that there is an opportunity to significantly save in labor costs, or both. Information about client complaints, or about competitors’ actions are often great triggers for such a conversation.

With awareness about the problem, Steven’s willingness to take action grows. His inclination to listen to Denise’s idea will thus grow as well.

To make it easier for Steven to make a decision. Denise could have offered to write a business case to sort out the details and propose a possible solution.

With Steven aware and a project proposal in hand – that fully explains the problem and presents a plausible solution – Steven would have been willing and able to make a decision about her project.

The journey of Denise’s boss is described in the graph below. The x-axis depicts the willingness or readiness to make a decision. The y-axis depicts the knowledge of the decisionmaker about the problem and solution. Initially, Steven started at the bottom-left corner, not ready to listen to Denise, while he ended up in the top-right corner, ready and willing to commit resources to her project.

Below a list of tools, methods and approaches that can help to create awareness:

It may sound backward to focus on the problem instead of your solution. However, the trick on getting support for your idea is to build support for the problem first. Then you need to show that you are the best person to address it, and only then, you may stand a chance that someone will listen to your idea.

In all likelihood, the decisionmakers that will have to consider the prospect of your idea or project proposal are currently in the lower-left corner too, just like in the case of Denise. How aware and informed do you think they about the problem you are addressing?

What can you do to move them up in the graph, closer to the top right-hand corner in the graph, so that you stand a chance of getting your project approved?

If there is a lack of awareness. Then you will first need to show that this is a problem and that the organization will miss the boat if they don’t take action. What is at stake?

When you have convinced management there is a problem that needs to be addressed, then you can propose the next step. To make it easier to say yes, suggest to undertake something small as a first step. Something that does not entail any major risks. Like singing up for our online T4 Accelerator program :-), to figure out as quickly as possible how to address the issue and create maximum impact!