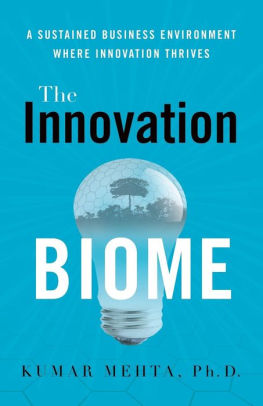 In his book The Innovation Biome, Dr Kumar Mehta sets out to debunk the myth that innovation is about the (1) Next, (2) Big, (3) Thing. It is not.

The book is full of interesting examples. Below I go over some of the examples Dr Mehta uses to make his point, that innovation is not about the next big thing but about creating a sustained business environment where innovation thrives.

The Next Big Thing

Dr Mehta points out how quickly large, innovative, and successful companies can disappear. Blockbuster, Nokia, Blackberry were all heralded for their innovativeness. Yet, these companies disappeared from the radar screen, or went under, just a few years later. Being innovative is clearly not sufficient to sustain your long-term reign as a company. 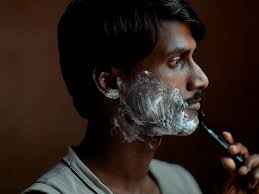 Dr Mehta provides some interesting examples of why and how market research can be totally off.

One of the examples is about Gillette’s razors. How Proctor and Gamble went about entering the Indian Market. They researched all things related to shaving, from the different type of facial hair (much thinker) and habits (not daily), to willingness to pay (not much). Nevertheless, the introduction was a major flop. Why? Because they missed that in India, men don’t use running water to shave. Instead, they use a cup. Without running water, the Gillette razor became utterly useless after the first stroke, as it filled up with hair.

Where I disagree with Dr Mehta, is that this flop could have been avoided by using ethnographic research that is part of the design thinking approach. A keen observer probably would have noticed such a detail, but for the same token, this particular piece of information could easily have gotten lost in the mounts of data such research typically delivers. 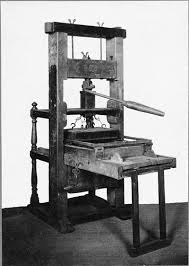 This experience difference helps to explain some of the most successful innovations, such as the printing press. As Dr. Mehta argues, the printing press by itself was rather useless at the time. Very few people could read, so there was no need for cheaper books. Who would buy those?

One of the calls in his book is for better metrics. Dr Mehta explains why functional success may not be the best way to measure innovation, as it often gives a falls sense of being on the right track. Instead, he suggests to focus on progress and outcome metrics. Unfortunately, he does not clarify what such metrics could entail.

Last, but not least, the book explains that innovation takes a village. It is not about the next big thing, but about a collaborative, concerted effort that requires the contribution of everyone in an organization.

P.S. You can get the book at Barnes and Noble: https://www.barnesandnoble.com/w/the-innovation-biome-phd-kumar-mehta/1127479940, and Amazon: https://www.amazon.com/Innovation-Biome-Sustained-Business-Environment/