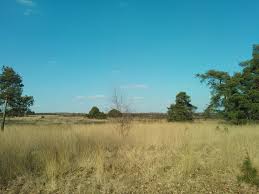 While jogging through the woods in Holten, the Netherlands, the area where I grew up, I realized that going on an innovation journey is a lot like exploring the woods. Something I often did with my brother and our dog, when I was a kid. That is however not what I had in mind during my jog.

Innovation is never a high way 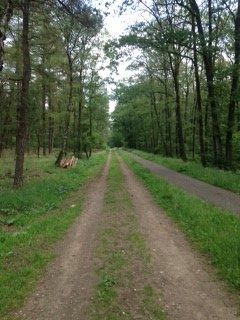 "Innovation should be fun and exciting" someone recently said to me. It never should become a chore.

I agree that innovation should not become a chore. Yet, if you think that innovating is only fun, that is not correct either.

Exploring the woods in the comfort of an airconditioned car may sound appealing. Yet, you will have to get out there to truly appreciate nature. Enjoying the smells, birds songs, etc. means that you will also have to tolerate the mud, mosquitos and a bit of sweating perhaps.

The same is true if you want to innovate. You cannot create new services by traveling only well-beaten paths. To explore new opportunities, you have to get out there.

An easier road is not necessarily better

When you look good at the picture, you see an asphalt path on the side. That may look like an easier path to travel. No mud for sure! 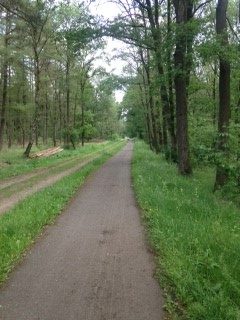 Perhaps it is. By all means, if there are easier ways to get from A to B, go for it.

However, make sure that the path brings you where you want to go. Don't let an easy path lead you in the wrong direction.

In addition, while traveling that smooth road, don't let yourself be by-passed by others - those on a bike or e-bike!

An easy road may look appealing, but it may not bring you where you want to go, and others may pass you on your way

Going where nobody has gone 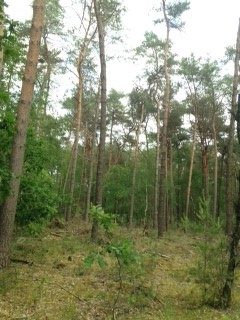 On the opposite end of the spectrum, it may be attractive to go there where nobody has gone.

The picture on the left was taken in the middle of the woods. Nice open space, nobody around!

Indeed, these new, the less well-traveled areas could lead you to novel opportunities with limited competition. 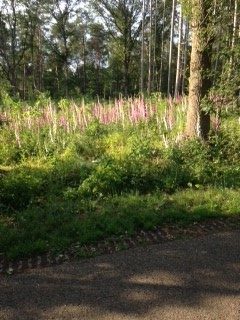 Before going there, double check if it is necessary and if you wish to go there. Will it bring you what you are looking for?

Often easier and more valuable opportunities are right in front of us. Those that may not even require us to go on a hike that is that strenuous. Like the picture on the right, which was taken straight of the main road. A road that is open for cars!

Don't make things more complex than they have to be

GET ONLINE TRAINING AND GUIDANCE FOR YOUR TEAM

Going where you are not supposed too? 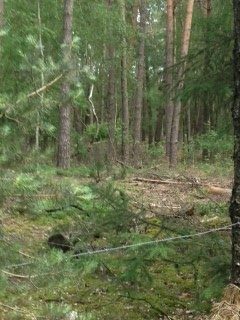 Below is a picture of an area of the woods that you clearly are not supposed to enter - as indicated by the barbed wire.

Now, as an adult, I understand that if someone took the effort to put barbed wire out there, they probably did so for good reasons. It means that I should not venture in those areas of the woods. And why would I? There are plenty of other areas to explore.

In your company, there are also defined areas that are just no-go zones. For example anything outside the strategic goals or the mission of the organization. Someone has defined these limitations for a reason - don't fight battles that are not worth fighting.

If possible, avoid areas that are clearly marked as no-go zones

Writing the sentences above, I realized that this seems really obvious. Yet, more often than not, I see teams put in a lot of effort to get to the other side of the fence, to then find themselves locked out. 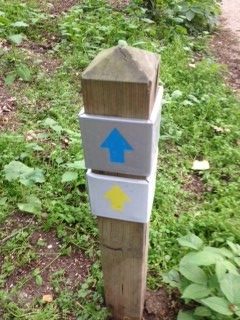 The Holterberg - as the woods around my parents' house are called - has many well-marked routes. When our kids were younger, they loved such marked trails. They were running ahead of us, to see who could find the next trail marker first.

However, very few on an innovation journey seem to be willing to follow a path along every trail marker.

Teams are always very interested in taking short-cuts. In the early phases, taking short cuts can seem attractive as it makes it looks like you are making progress more quickly. It is like my kids, wanting to find the last trail marker on the hike, as that would mean the end of the hike.

Beware though, that especially at the early phases - shortcuts are not giving you a huge advantage, while they can truly hurt you later on.

Going off the path to cut the route short and find the last trail mark, is probably not a good idea. Most likely, you will get hopelessly lost on your journey. Trail markers are there for a reason. Focus on the journey, not just the end result.

Start on a trail 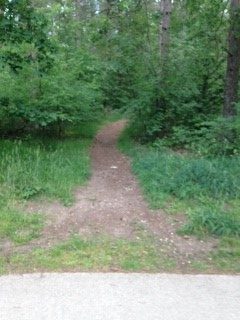 Unlike these paths, each innovation journey is unique.

Nevertheless, innovation projects go through the same phases and similar tasks have to be executed on each project.

Therefore, I highly recommend that when starting a project, follow a well-traveled path. It does not need to be the main road, as we discussed above, but there is no need to innovate on how you travel.

Don't innovate how you travel 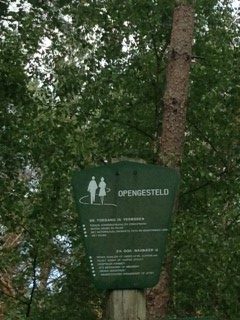 At Organizing4Innovation we are in the guiding business. My jog made me wonder, who needs a guide on their innovation journey?

If you are an experienced hiker, you certainly don't.

If you are less experienced, good preparation may get you there too. Relying on a guide, then it becomes a matter of optimizing your time and resources. Do you want to figure it first out all yourself, or do you want to reduce the risk of failure on your first journey and take advantage of the experience of a guide?

You may be interested to know that we have developed such an in-between solution. One that enables you to start your innovation journey without much preparation. That allows you to set and define your own path. With a guide that checks on you every so often, to make sure you are not getting stuck or lost on common pitfalls.

The goal is to enable inexperienced innovators to go on an innovation journey in the most comfortable manner and with the highest likelihood of success.

Looking forward to seeing you in our online training program!