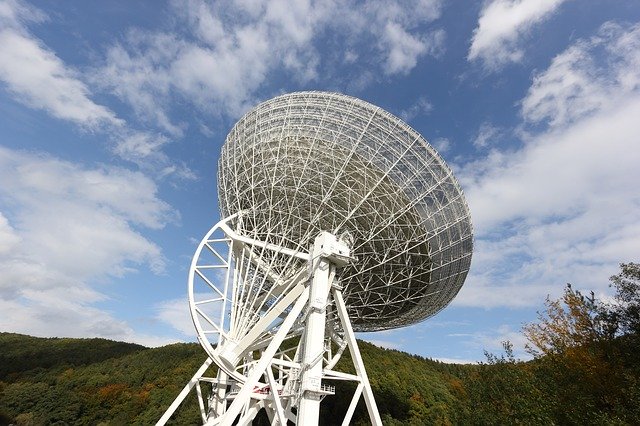 Innovators are curious and passionate. They are also easily bored and dissatisfied with the status quo. How do you get the most out of their drive and creativity, keep them productive in their job, and tied to your company? In other words, how do you keep innovators motivated, while not estranging other hard-working employees?

In a previous blog, I discussed the options innovators have, instead of quitting their job. The advice for them is to start with doing some groundwork in their own time, to see what it will take and how far they can get. How should you deal with innovators as a manager? How do you keep these talented individuals in your organization and benefit from their explorations?

Innovators are often frustrated because they feel being held back. They have a vision for a better future. And would love to get the chance to improve current processes, find new clients that currently are not being served, and go after opportunities that could make the difference between the firm just getting by or flourishing. Yet, often their ideas are not being heard or acted upon - because the organization does not know what to do with these ideas.

Allow innovators to start with the groundwork

If an innovator has a vision for the future, even if you don't see it, allow them to do the groundwork. Have them do their homework and figure out what needs to happen to bring their vision to reality.

You can ask innovators to work on their innovation project in their personal time, at least to start with.

You may wonder "Should I let them do the groundwork, even if it is really out of line with what the company is trying to do?".

Here is where the mission and vision of the company are important. If your employees know what the company stands for, then you should trust that their innovative ideas are aligned with the companies mission.

To make sure they have skin in the game, you can ask innovators to work on their innovation project in their personal time, at least to start with.

Regardless, it pays off to support them. For example, by offering teams to follow a training to work on their ideas in a structured manner. That way, you give them meaningful support to pursue their passion and learn new skills while they are working on their innovation project.

When you allow your innovators to explore, you basically create a large telescope for your organization. A 'machine' that will enable you to pick up all the signals that are out there.

How far should you go with your support for all these innovative ideas, that you are not sure about nor have approved yet?

Sticking to the analogy of the telescope, see all these projects as signals. Now it is up to you, to identify and differentiate the strong and positive signals from the noise.

That is not a very difficult task if you know what to focus on, stick to the data, and avoid letting your own biases cloud your judgment.

Be open-minded and focus on the learning

We all have our biases, thinking patterns, and experiences, that shape what we believe are good, bad and mediocre ideas. However, we could be wrong, because the world is constantly changing. It may be difficult to accept, but as a manager, you may not know best - simply because it is impossible to know about all the new technologies and opportunities.

While predicting what is going to be successful is difficult, it is easy to tell what won't work. You can be sure that if the team is not stellar, you won't get stellar results either.

Thus, at the early stages, when it is still very difficult to say anything meaningful about the idea itself, the team is a good proxy for how successful the project may be.

Telling signals about team performance are things like, how they are going about doing their groundwork. Are they turning every stone? Willing to state what they don't know? Listening to a variety of sources, those who support and those who are playing devil's advocate? Are they iterating their way to success? No innovator or team ever got their invention right at once - it takes many iterations.

All these signals can be objectively assessed and will help you to identify the teams that are likely to deliver versus those teams that are only good at doing the talking.

You want to set limits - as you don't want these explorations to go on indefinitely. For example, you can demand that the innovator accomplishes certain tasks. Tasks that are within their control, such as writing a detailed project description, interviewing stakeholders, drafting a comprehensive business plan, forming a team, etc. When a team accomplishes these tasks within the given time limits, they should be allowed to proceed.

From experience, I know that only teams that are onto something manage to accomplish such a string of tasks. It is sheer impossible to move a project forward if you get negative after negative signal from your environment. Hence, demanding certain tasks to be done is a great self-selection mechanism.

The beauty is, that even those that found nothing will be grateful for having gotten the opportunity to explore their ideas. Because in the process, they learned a lot making it worth the time and effort. It also means that you don't have to say or do much to eliminate most projects.

Outcomes to look for

Of the projects that keep going, the following outcomes are what you should be looking for three or four months into the process:

Outcome 1: The team learned it was not meant to be 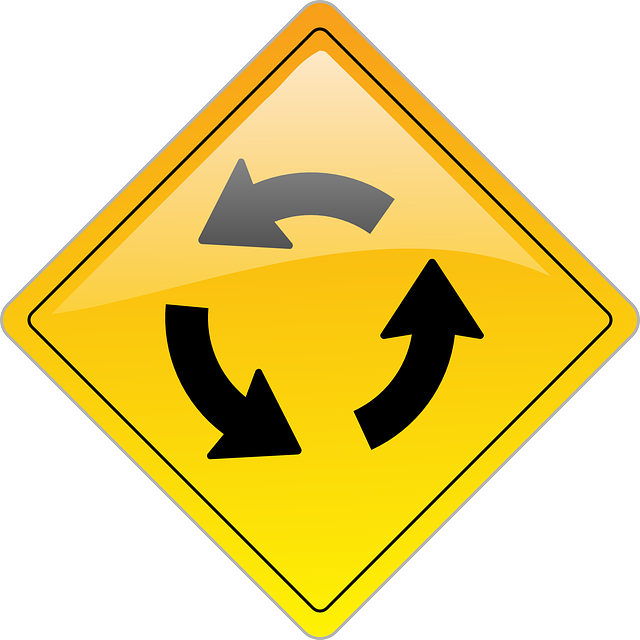 The innovator and team gave it an honest try and learned that their vision was flawed.

While doing the groundwork, they realized that the opportunity was more difficult to take advantage of than thought, smaller than expected, or technically not feasible, or....

Whatever the reason, by pursuing the idea beyond just daydreaming, they discovered that while it sounded good, it was far less promising than thought.

As explained above, and in line with my experience, this outcome makes it easier to accept for innovators that their idea will not be acted upon.

These explorers are more likely to stay in their jobs and are happier to do so, because they now have a better understanding of why things are the way they are. What more, research has shown that these innovators are more likely to come up with new ideas thereafter (source).

However, not all will stay. I know a few innovators who were so unsatisfied with the status quo and their inability to change it, that they quit their job to pursue something entirely different. And I mean something totally different, like a lawyer starting a bakery and another a talk show, a physician becoming a goldsmith, to name a few examples. While the later are not outcomes you want as an organization, it was probably inevitable. By allowing these innovators to explore, you only expedited the process. 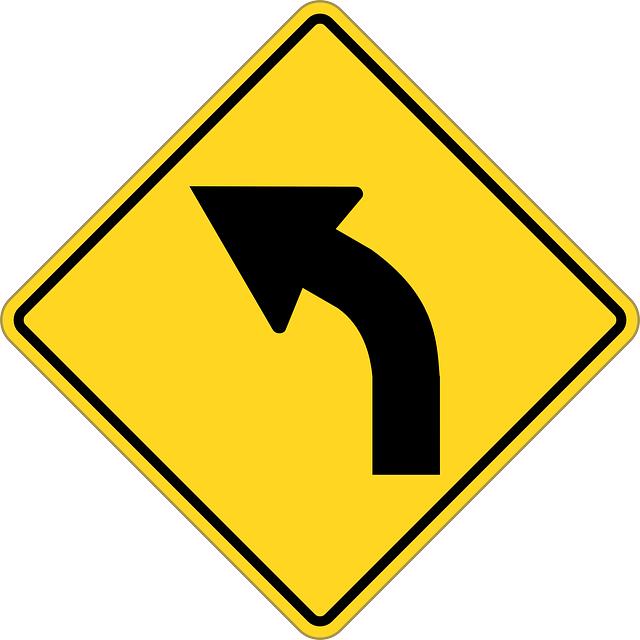 While doing the groundwork, your innovator may find gold! Awesome!

It is easy to recognize when a team has found gold, because they are getting enthusiastic feedback from the people they are interacting with inside or outside the organization.

Beware - some teams are way ahead of their organization. So they have to seek input and feedback outside their organization. Allow them to do so, but require them to report back in detail what they heard and found. As a manager, you want to learn from these conversations too!

That way, you make these explorations a learning opportunity for the organization, not just the team.

Most teams I have coached, started small, showed they were serious about the opportunity, did the hard work first, and gained the trust of their management by showing what they were capable of.

What does it take from you? Listen to your innovators. Be a sponge when it comes to the information these teams have collected and present to you. Don't focus on why things may fail, but use your position in the organization to help these teams to make the change happen.

One warning - make sure a team that has found gold can move forward fast enough. If a team is truly onto something they need all the support they can get to make it happen. Time is of the essence, especially in the service sector where the competition can often easily copy and run with a great idea. 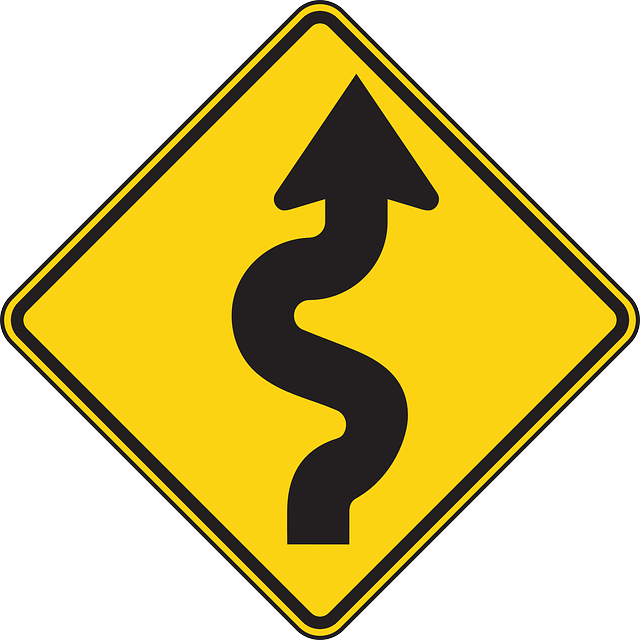 The team thinks they found gold, you don't think so.

Be careful here, as there are many examples, from Kodak's digital camera to antisceptic handwashing, and many others, of revolutionary solutions that were misunderstood by management.

What more, if you are mistaken, these talented innovators will leave your organization and set up shop elsewhere and become potentially your fiercest competitors. So how to handle these detours?

Given the team a chance to prove themselves

If your gut tells you the team is dead wrong and pursuing the project is a waste of company funds, don't make it your word against theirs.

The most frustrating denial for an innovator is a manager's gut feeling. As an innovator, there is no way to win that battle.

If you give the team a challenge and are willing to stick with the facts, then, your innovators will accept that the opportunity was fools gold. It is better for them to figure that out themselves though, instead of you telling them.

And once learned, it will be a skill that will stay with them for a long time. So even if it prolongs the project with 1 or 2 months, it probably is worth the learning.

What more, these two months of extra time certainly will contribute to the chances of retaining these talented employees. Because if talented innovators find out they are wrong, they will easily accept that their time is better spent on other endeavors.

Impossible to pursue all projects

In that case, allow these innovators to fly out. If they are talented and onto something, create a spin-off and give them the support they need to be successful. That way, you create collaborators for the future instead of competitors.

Allow your innovators to explore

Any of the outcomes described above leads to better results than saying no small explorations and killing the enthusiasm and drive of your innovators. The time exploring and learning about new things and opportunities is nearly always worth it. Especially if you take into account employee satisfaction and retention rates.

What more, because you ask your innovators to do the hard work - partly in their personal time - it will be easier to accept for other hard-working employees that innovation is not just a fun activity for daydreamers. Driving an innovation project and doing the groundwork takes time and effort. Innovation is for doers.

So, support your innovators, give them a chance to prove themselves!