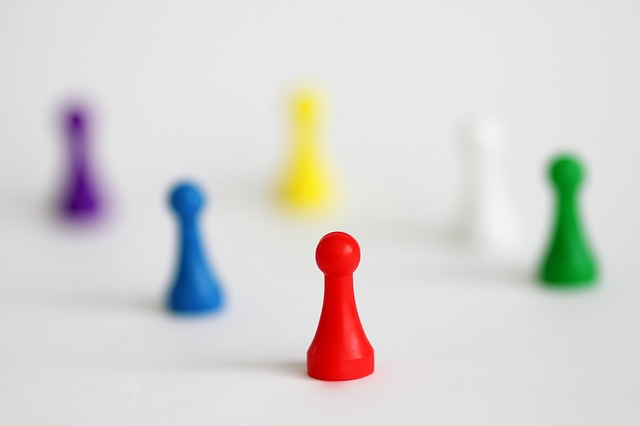 How to make a difference that benefits your clients, the organization, and your career? Can you even do that, as a small pawn in the system? The answers is yes, you certainly can make a difference!

Instead of accepting the organization’s fate…

Take Jane. A junior employee working for an insurance broker. She was one of the more junior employees in the organization. The company had not hired any new recruits in the past 3 years. Jane realized that her company’s years were numbered if they would not change. The firm was still profitable at the moment. A series of cost savings and change initiatives had kept the firm lean and therefore profitable. It was just that the number of clients was dwindling steadily and no new clients were coming in. The firm’s role as middle man in the insurance market was more and more difficult to sustain. Nowadays anyone could find a good and appropriate policy online.

Instead of accepting this fate, Jane knew there were many alternative services the firm could offer. Their experience in the market and the data they had collected over the years was unique. As a data analyst, Jane knew that this data had value. For example, combining a few of their databases and adding publicly available data, they should be able to predict for specific areas of the city, to the detail of city blocks and apartment complexes, what the chances were insurance policies were used for things like theft, flooding, or fire damage. Information that could be invaluable to other users – such as the municipality and building code inspectors.

Failures from the past

When she asked her boss about the data integration project she heard about when joining the company, he let out a big sigh. “You don’t want to know”, he replied. “The IT department has just blown through more than $2 million on this automation project. This IT project was supposed to replace our outdated systems and integrate all our data systems. Now, 2 years later and after huge cost overruns, the project has resulted in only the replacement of the most outdated systems. Unfortunately, the data integration part has been cut due to the budget overruns. As a result, now our company is $2 million poorer, perhaps a little safer for cyber-attacks, but not much smarter with regards to the data we own.”

He also shared with Jane, that he did not think any project regarding data integration, or any information technology project for that matter, would be approved any time soon. The aftertaste of this automation project was just too bad. Nobody in management would dare to touch the topic in the near future.

Frustrated, Jane left the office early that day. How could one failed project derail everything for the near foreseeable future? Why would this experience have to squander the future of the firm? Should she just work harder, till the firm would eventually topple over? Look for another job?

She was not to give up that easily.

Jane would love to prove that the ideas she had could make a difference. Like the idea above. New service offerings that would enable the firm to find new clients like municipalities and safety inspectors.

However, given her position in the firm, Jane had difficulty getting heard. After conversations like the one she just had with her boss, she really did not know where to even start.

Jane pondered what she could do. She could start working behind the scenes and in her own time. See how much progress she can make on her own. However, that did not seem attractive, as her boss would not appreciate her working behind his back.

Googling, she found Organizing4Innovation‘s Challenge program. The perfect solution for her chicken and egg problem. A personal development “training” program that would enable her to explore the topic further, with consent of her boss, yet without needing full approval for the project first.

Participating in the Challenge

The Challenge is a program designed for talented employees with potentially great – yet still underdeveloped – innovative new service ideas. Ideas, like Jane’s, that need more meat to the bones to be even worth considering.

For her boss, it was a training program designed to help Jane learn:

For Jane it was easy to get approval for this 4-week, practical, outcome oriented personal development training course.

In the meantime, what attracted her to sign up for the Challenge was the promise, that it would give her the opportunity to champion her idea, outline the opportunity, and create momentum in her organization.

Within a time period of 4-weeks, she would have everything in place to act upon her new service idea so she would be able to champion her project successfully and make a difference.

Jane really enjoyed the four weeks of the Challenge program. The course kept her engage from the start. The first module was already available upon registration.

The assignments were challenging, but doable next to her full-time job. Their practical nature made them worthwhile.

For one of the assignments, Jane scouted the internet for success stories from other companies. She found a few competitors in different countries that had developed similar offerings. Their success stories helped Jane to better formulate what she was after.

Another assignment was to organize a brown bag meeting, to share what she had learned during the course. While putting the announcement out was a bit scary, the response was really great. Her boss had been very supportive too. Ten people came to the brown bag, including three from other business units. She gave a short presentation, which led to a very interesting and lively discussion, that has continued well beyond the brown bag lunch.

After the brown bag lunch, two of the participants reached out to Jane – including someone from IT – and offered to help her. So, as a result of the Challenge course, she now knows what she is up to, has a clear idea what to do next, and team mates to help make it happen.

And Jane’s boss? He has been very pleased with her growth. For him, the training program turned Jane from a talented junior employee that asked the right types of questions, into a game changer that has set in motion a project that has the potential to make a difference for the firm and its clients.

What is your next move?

What is your next move? Want to follow in Jane’s footsteps and make a difference?

Sign up for our Challenge! Now! And go out there and change the world for your clients, organization and profession!