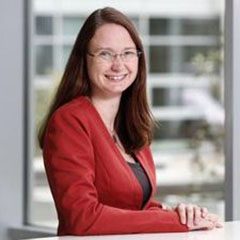 Creating a culture for innovation

Giulietta Marani, a dedicated and talented IT advisor with the ICT implementation organization of the Dutch government - ICTU - understood that blockchain technology, big data, cyber, and many other technologies were puzzling various branches of the Dutch government. She conceived that ICTU could help its clients and various government agencies by creating an inspiration lab – a collaborative environment to test out these new technologies.

She took her idea to her team leader, who agreed that these various novel technologies created a significant challenge for ICTU and its clients and encouraged her to work on an actionable solution.

Operating on a small budget, the newly started innovation team at ICTU did not have the immediate funds to support an inspiration lab. Having already dedicated its available budget to a single initiative that was under development, the innovation team needed to move forward on the project for the remainder of the year by finding a creative solution to accomplish more with less.

Marani got authorization to access her personal development training budget to take a New Business Development course with the Rotterdam School of Management to draft a proposal for the inspiration lab and afterward to get additional coaching for the implementation of this plan.

“If limited funds are available to invest in innovation activities, try to tap into personal development training funds. After all, an innovation project is the best way to learn new soft and hard skills”

Working with Dr. Floor Blindenbach as her mentor, Marani capitalized on the opportunity to solidify and refine her innovative idea into a concrete project proposal. The mentoring offered by Dr. Blindenbach as part of the mentor program for innovation managers helped to identify projects that would showcase the purpose and utility of an inspiration lab. Significant time was spent on garnering organizational support and developing the metrics and processes to guide and monitor these ongoing initiatives. The goal was to hit the ground running and have several initiatives ongoing that could all become part of the inspiration lab.

During the course, Marani detailed the opportunity and defined the path forward, creating a proposal that she presented to the stakeholders and decision-makers in her organization. Her proposal got approved. Less than 6 months later, her team produced a white paper that described the collaborative approach of the inspiration lab for blockchain technologies, which was very well received by ICTU's clients and got a lot of acclaim from the press.

Twelve months later, the team was working with several clients on inspiration lab-related projects. The question then became, how to scale and involve more employees and branches of the Dutch government. Meanwhile, Marani received a promotion, and she is now the coordinator of ICTU’s inspiration lab. In addition, management decided that the innovation budget was worth increasing 10-fold over the next 5 years, given the results produced by the team.

Do you create a culture for innovation or bring innovation to the next level in your organization? Work with Organizgin4Innovation to define and implement actionable outcomes.