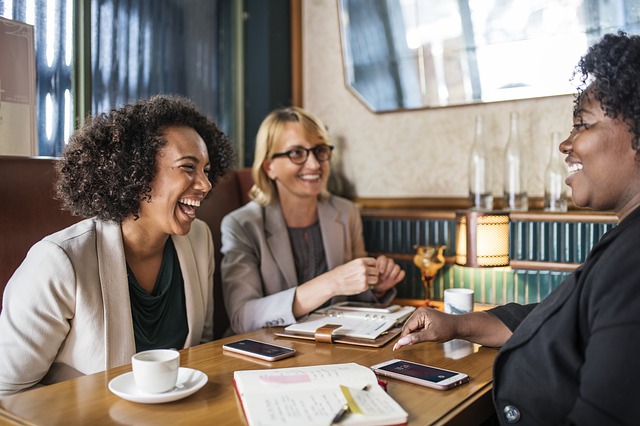 IBM once featured a campaign around “the innovation man”. Stop talking, start doing was the main theme of these advertisements. Last week, while visiting several companies in the Netherlands, this theme seemed still very relevant. However, how do you start doing? And does that mean that you should stop talking?

Stop talking is not really an option.

You cannot launch an idea without talking about it. Having conversations about the problem and the possible solution(s) is a must. Research has shown that talking about your innovation project contributes to its success, as it makes your ideas better (source) and gives others the opportunity to help you advance your idea (source).

So, it is not that talk is unimportant. It is just, that at a certain point, you have to turn all this talking into action.

Too much talk – or scouting – is not good for innovation teams. It makes the team appear insecure, and all the different sources of input confuse the team members about the course of action (source)

Talking is not cheap

Taking action means that you commit because taking action is typically more expensive than talk. So it requires you to get approval and budget, and then commit to actually doing something. That is scary!

So no wonder many people hesitate to make the transition from talk to action. Talking is safe and cheap – at least that is the perception

In reality, all this talking becomes quickly rather expensive.

Assume that on average, an innovator walks around with their idea for about 12 weeks, and during that time, talks about it for about 1 hour per week. That is probably a very conservative estimate, from what I have heard. What more, they don’t talk to themselves, they talk to another person – which keeps two people from their work.

Assume that you have at least 5 out of every 100 people in your organization that walk around with at least one such idea each year. Again, a reasonable estimate for firms that have hired the smartest and the brightest talent.

That means that in an organization of 1000 people, just on talking about early-stage innovative ideas, 1200 hours are spent on these conversations. That cumulates to a lot of hours!

Now, as mentioned above, these conversations are invaluable and a must. So, I am not saying you should stop or prevent this from happening.

However, if you are spending 1200 hours on this activity, which equals to more than $100,000 in most organizations, you probably want to see some tangible outcomes! 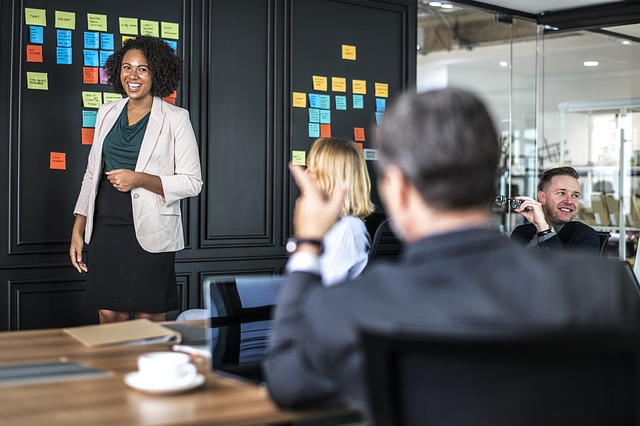 In many organizations, action is encouraged. Innovators are asked to fill out a business model canvas. Start doing – Great!

However, from the feedback I received from teams and innovation managers alike, filling out the business model canvas is not as easy as it looks like at the onset.

Creating a canvas that can be used to guide further action turns out to be difficult. Not because there is not sufficient information or examples that can be found online. The problem is more fundamental.

Most team leads have never looked at the business side of their profession. They are engineers, architects, lawyers, physicians. That is, experts in their domain. However, they are not necessarily trained or skilled in new business development. Concepts as end-users, customer channels, revenue and cost models are simply unfamiliar.

As a result, while taking action these early-stage innovation teams lose momentum. Instead of steadily making progress, they are facing a steep uphill battle. Without support, these innovators feel they are spinning their wheels and that their time is better spent on other activities.

Workshops, training programs and/or coaches to support teams seem to be a few solutions that have proven to be effective to help these teams through this transition from talk to action.

How to plan for more action?

Teams that have managed to fill out the business model canvas, then face the next challenge. That is planning for their project.

The lack of a client to bounce ideas off and no prior projects or experience to base your estimates on, make existing project management tool difficult to use for early-stage innovation teams.

However, also, in this case, the problem is more fundamental than lacking an appropriate project plan. As a simple to-do list could keep a team focussed and going. Planning can be simple!

For all innovators we work with, their innovation project is a side-project. They are already fully committed to their “day-job”. Innovation is something that comes on top of their regular job.

They get engaged in these innovation activities because it is inspiring. It keeps them on their toes.

Yet, that also means, that most innovators are not very interested in signing up for yet another thing they have to commit to, meet targets, and deliver.

To start doing, you need at a minimum commitment to the objectives of the project, agreement on the course of action, and a to-do list to hold people accountable.

To start doing, you need at a minimum commitment to the objectives of the project, agreement on the course of action, and a to-do list to hold people accountable.

At Organizing4Innovation we have developed the T4 program to help teams to get started and keep focused through the early phases of the innovation process. Contact us, if you are interested in learning more about this program.

P.S. If you sign up for the T4 program before October first, 2019, we have a special deal for you. For more information contact us, but hurry, as October first is around the corner and we are offering this deal only to a few teams.