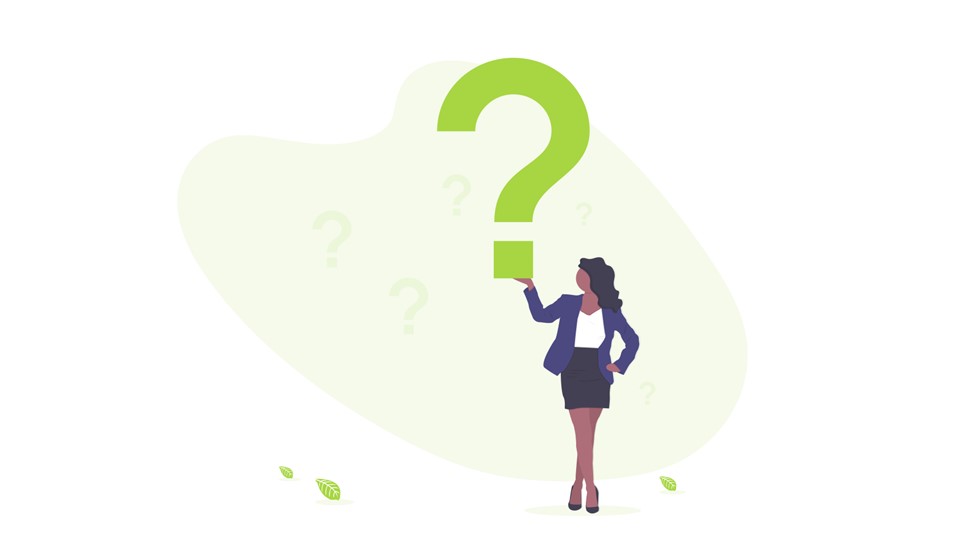 “We don’t put any bureaucratic tape around ideas”, “We give people the opportunity to take action”, “Anyone can bring up any idea in their BU or practice group”, sound like best practices for innovation to thrive. However, from our 20 years of research and experience, we know that is not how organizations should go about supporting innovative ideas.

An innovative organization would answer this question differently, “We have a process to take on ideas regardless of the type of idea or where they are originated in the company”.

It sounds like a small nuance, but the difference is huge. The first statements may sound good, in practice, it is not how innovation can thrive. For two simple reasons.

First, people are busy. If ideas are expressed in a manner that is crisp, clear, concise, coherent etc, perhaps they stand a chance in a first impression conversation. But most early-stage ideas are messy, confusing, and sound like a lot of work. So, it is much easier to say no, instead of yes especially when you are busy.

Second, we all have our reference frame that we evaluate new ideas against. The current management of the firm was successful because of the best practices, routines, client relationships, and knowledge they fine-tuned over the past decades. Those may not be the same knowledge, routines, and relationships that are required to be successful in the next decade. Unfamiliarity breeds animosity. So again, it is much easier to say no to new ideas, instead of yes.

So without a proper intake process that provides support to early-stage teams, most ideas won't get explored any further.

How to make an opportunity visible

Could the following have happened in your organization?

Alex had been working on a report for a client for the past 2 weeks. In all honesty, it should have been possible to write this report in 1 day, but the information was difficult to find, Alex had to cross-check all the numbers. Yesterday, during the final review, there were still a few numbers that were not consistent. It had taken Alex all day to cross these final t-s and dot the final i-s. She had so many tabs open on her internet browser that it was ridiculous. It was a tedious, mind-boggling, and repetitive task that had taken her hours.

Just before the deadline, she was finished. All inconsistencies had been addressed and all added up. However, Alex was worried. Would her manager see how much time it took her to complete this report? Would he value her efforts? And perhaps more importantly, would the client value all the time that went into producing this report?

Now that she was working from home, she was not that sure. Alex was putting in close to 10 hours a day, between 5 am and 12 pm, because she was juggling her personal life, kids, and office demands. The past months had been a challenge.

Given that there was already so much pressure on Alex’s shoulders, it was even more frustrating that she was stuck doing work that was unrewarding. The task was time-consuming and she knew that there had to be a better way to do it. She could not imagine that clients were willing to pay her for this work. What more, she knew this would not be the first report, nor would it be the last.

Ten minutes later, she got an email back. “Thank you for your efforts” it read. She sighed and wondered, did her manager truly know how much time this had taken her? How was she going to tell him how frustrating it was to produce these reports?

Getting some fresh air... 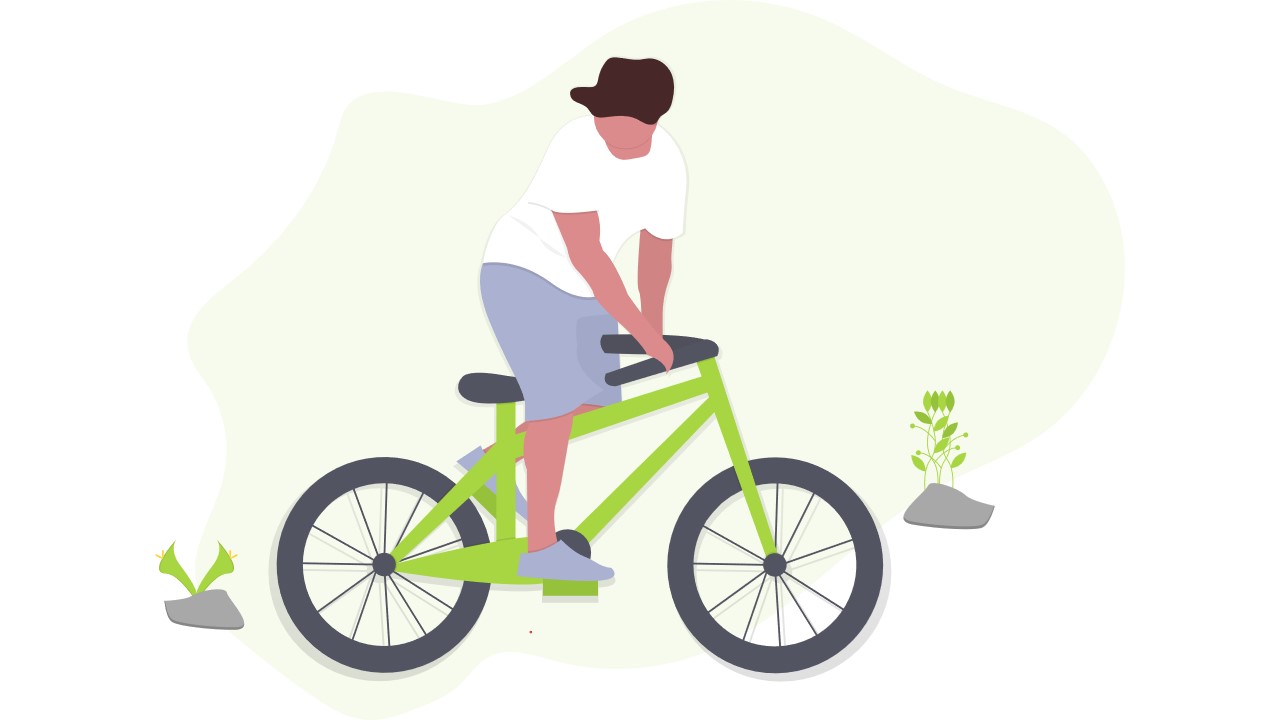 Alex needed a break and decided to take her kids along on their bikes. With the kids out of the house, her husband could finish his work and make dinner. The bike ride would make the kids tired so she would be able to put them in bed early.

The pandemic had made life one big juggling act. Therefore, it was so maddening that she was wasting time at work on creating these reports. A process that should have been automated a long time ago.

The neighborhood streets were nice and quiet. The kids biked in front of Alex and they were all having a good time. She soon forgot about the brain-numbing tasks that she had been engaged in all day.

At 8 pm, with the kids in bed and the dishwasher running, Alex finally got back behind her computer. Since the pandemic started, her evenings had become the time to get stuff done.

She started typing an email to her manager. While typing, Alex realized that while her idea seemed pretty ingenious this afternoon, now that she wrote it out, she had a lot of questions herself. There were clearly some loose ends and gaps she would have to address. It wouldn't be the slam dunk she thought it to be during her run.

Alex was convinced that sending the email was pointless. She barely could express the idea coherently, let alone in a concise and convincing manner. But what were her alternatives? Setting up a zoom call to discuss? That would be way too formal. Giving him a call? But that would make it even harder to explain the problem concisely and coherently.

The scenario above happens in many organizations. Alex is not experiencing any bureaucratic tape to put her idea forward. She can bring up the idea in her business unit, and frankly, it is likely that her manager will give her the opportunity to take action. So that is not withholding her from bringing her idea up.

So, what is the problem?

The difference between innovative and less innovative organizations is whether or not ideas are being heard.

For idea owners like Alex, it is difficult to express their ideas in a concise, coherent, and convincing way. While at the same time, it is really easy for anyone to come up with any reason why the current way works better.

The pandemic has made it even more challenging to voice an idea. While working from home, you cannot walk as easily into your manager’s office and ask for input on a ‘wild’ idea.

In many organizations without a structured intake process for ideas, ideas won't get voiced or heard.

Idea owners know, they will be asked questions like:

While these questions sound straightforward, they are not easy to answer for a new idea, especially not for more junior people like Alex.

Instead of shooting down the ideas of people like Alex, because they cannot answer these questions, you owe it to them to give them the opportunity to work on finding answers.

For Alex to get heard and be given the opportunity to act upon her idea, she needs more than a listening ear. She needs to be given the support that will enable her to explain the idea in a way that will make it easy for her manager to say, “that sounds worth exploring further".

Asking for a more detailed description of an idea does not mean you erect red tape or add bureaucracy. It can be as simple as giving Alex the opportunity to participate in our free online training, that will help her formulate her idea in a concise and coherent way, while addressing the market, solution, organization, and project challenges.

An effective use of time and resources?

You may wonder, should Alex be vetting her own idea? Should she not just focus on her work? The answer to that question depends on how important personal development is for the growth of your talent and firm.

By giving people like Alex the opportunity to follow their curiosity and explore further, you accelerate her learning and growth (source). Innovation is an excellent opportunity for personal and talent development.

That means that by supporting innovative ideas, you have a higher chance that your smartest and brightest will come up with winning solutions that will help your firm make a difference. In our experience, it is a trade-off that is worth it.