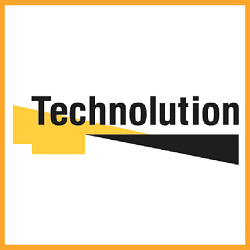 Technolution is a leading provider of traffic controls and traffic management systems in Europe, a fast-moving and growing field. Traffic presents major challenges for every city, with multiple demands that must be addressed simultaneously to reduce traffic levels and associated emissions, while increasing accessibility, and all done under
the pressure of strained public service budgets.

New technologies – from the Internet of Things to artificial intelligence – offer opportunities to tackle these challenges in an integrated manner.

Danny Vroemen, a senior consultant with Technolution, has been with the firm for more than three years. He identified that the New Business Development programme at Rotterdam School of Management, Erasmus University (RSM) focused on a structured approach to develop new business ideas and validate them with established tools. He found that the lectures taught him the theory and combined it with assignments that drove his ideas forward in a useful way. “The elements of the puzzle fell into place as the course moved forward,” he said.

“The elements of the puzzle fell into place as the course moved forward,”

Danny Vroemen signed up for the programme with the goal of ensuring Technolution would maintain its leading industry position, while taking advantage of the opportunities in the traffic management sector.

The RSM New Business Development Program provides participants with an understanding of marketplaces in which customers are more aware, more active, and are attracted to using products and services that have added value. It’s an exploration of new approaches to business development that are based on the results of scientific analysis.

The course also provides practical guidance through coaching during the final assignment.

With the future of his company standing to either lose or gain depending on his efforts, Danny Vroemen put as much spare time and energy into his final project as he could. In one of the class assignments, he made a comprehensive strategic analysis of Technolution by sketching four future scenarios, and drafted the content of his business plan. At this point, he also began to receive coaching, an integral part of the program.

His coach, Dr Floortje Blindenbach-Driessen of Organizing4Innovation asked Danny how he would know that the strategy would work as expected. “Is this what your clients are looking for?” she asked. Danny Vroemen’s role as senior-consultant means he interacts with many clients and is well aware of their challenges. However, Dr Blindenbach-Driessen urged Danny to speak to Technolution’s current customers, not in order to sell to them, but so he could interview them to learn more about them.

To Danny’s surprise, his clients welcomed his request. They loved the idea of a business discussion about the future and were happy to give the time for his interviews, often two hours or more, in which they explained their challenges, needs, and ideas about the future. Danny was invited by one of his clients to observe the current version of Technolution’s traffic management in use at a main traffic control center in the Netherlands. Danny and a colleague watched the early morning rush hour; ‘a valuable experience’, Danny described it.

Clients often don’t use all the features of technology as intended, and frequently create their own workarounds for missing features. Danny observed how Technolution’s products were underutilized – and even partly misused ̶ by an otherwise satisfied and happy customer. Importantly, Danny’s session in the traffic control room made him see opportunities for Technolution from current and future demands of traffic management.

This revelation and other insights from six other customer interviews were included in the new business
development case that Danny was preparing to present to tutors and peers in the RSM program.

Opportunities that Danny identified from his interviews would require Technolution to fully revamp and rebuild its current approach to traffic management. Such an overhaul would require a huge investment, and while the potential return on that investment might be worthwhile, the size of the investment extended the estimated payback time to more than eight years. From a business perspective, that outcome is less than desirable.

In the meantime, Danny used what he learned from customers in a new proposal for a new client, which was received very well. The new client was impressed. Technolution was the only firm that showed it was willing to include the observation of operators as part of the project. In addition, it demonstrated that it understood its client’s business challenges. This approach stood out among competing companies, and Technolution won the contract, worth several hundred thousand euros.

This intermediary success shows how the eight-year timeline until Technolution can expect a complete return on its investment, can be divided into smaller projects and milestones. This stepping-stone approach makes the complete trajectory less risky, and increases the chances of success; the company can expect to harvest ‘low hanging fruit’ on the way, which will contribute to the eventual return on investment for this project.