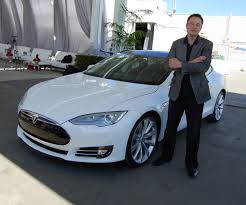 Adapted from a recent e-mail conversation:

For a while now Elon Musk has shared a vision to put thousands of satellites into low orbit  (700 miles up) to provide worldwide internet service. Last Wednesday the FCC Chairman gave his signature to allow Elon Musk to do a pilot internet satellite program to test his vision. It was then announced that Elon Musk planned to add two internet test satellites to a scheduled Spanish satellite, Space – X launch, that was leaving Cape Canaveral on Saturday (4 days later  !!!!!). That launch has now been delayed until this Wednesday because they needed more time. Nevertheless impressive!

That guy is fearless, has no problems raising capital. If only someone like Elon Musk could arise in the Healthcare space?

Thanks for sharing! Even if an Elon Musk had the solution, (s)he still needs to also transform the 100,000-sands of healthcare providers to deliver the solution (unless the solution is 100% robots only). That is the big difference between services and products.

Today after your earlier email I was thinking about the challenges you stated regarding healthcare “he still needs to also transform the 100,000-sands of healthcare employees”. Is that challenge easier or harder than not having a clue about space/rocket exploration 7 years and now launching big rockets successfully every two weeks, (his competitor Boeing managed two a year). Or in 2012, Elon Musk did not have a clue about building pods to travel 550mph in a vacuum tube, and yet he is now starting to bore a tunnel to New York and does not yet know how to handle the expansion that will occur in the tube with pods travelling at 550 mph (even though they are in a vacuum). He refers to the large 6 feet wide pipes that take oil across America and they expand as the oil passes through, except with oil pipes they build those “U “shaped bends every so often and they flex as the pipes expand. He agrees that idea will not work with his pods !

With all the enormous technical challenges he must have faced in the past 10 years, it has not put him off just getting started. I think that is what sets the Elon Musks-s and Jeff Bezos-s apart – they don’t know all the answers but still commit and get started.

To all of you!

Who is going to disrupt and solve today’s healthcare challenges?

Many big players think they can do better than the healthcare providers themselves, as another recent initiative of Amazon, Berkshire & JPMorgan attests.

Join the discussion in the Innovators in the Professional Services LinkedIn group!

Looking forward to your input!